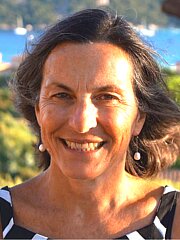 Cinzia Scorzon is a Chinese medicine practitioner and a senior lecturer at the University of Westminster in London. She has undertaken post-graduate training and was awarded an MSc in Chinese Medicine at the Northern College of Acupuncture, York, at the time affiliated to the University of Wales and a Master in Chinese Herbal Medicine at the University of Westminster, London. In addition, she spent a year a half in Shanghai to do her fieldwork for the acupuncture MSc dissertation on the writing of the first Chinese acumoxa textbooks for TCM universities. While she was in Shanghai, Cinzia studied with several well-known Chinese physicians. Later, she extended her studies in Japan and South Korea as well as presenting in several multi-disciplinary international conferences. She has been working in private practice since 1984 first in East Sussex and then in London. and she has been teaching both in the UK and internationally. Before the pandemic, she conducted two small-scale research studies on acupuncture treatment of generalised anxiety disorders (GAD).