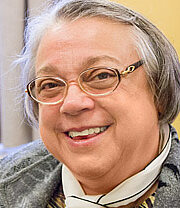 Born in 1949 in Paris.
Degrees in Classical Literature, Philosophy, Chinese:
Licence and Master Degree in Classical Literature (Paris-Nanterre), Licence and Master Degree in Philosophy (Paris-Nanterre) and D.E.A. in Chinese (Paris-Jussieu).
1974-75: Stay in Taiwan and studies in Contemporary Chinese at the Xinzhu Hsin-chu Language Institute.
Collaboration with Fr Claude Larre († 2001) and Dr jean Schatz († 1984) on Chinese thinking and Chinese medicine. Co-founder of the Paris Ricci Institute (1971) and of the European School of Acupuncture (1975).
Co-founder of the Ricci Association for the Chinese-French Grand Dictionary (1987)
Former General Secretary of the Ricci Institute in Paris and former Chief editor for the Grand Ricci (great encyclopedic comprehensive Chinese-French dictionary in 7 volumes, published end of 2001).
Former General Secretary of the European School of Acupuncture,
Participation to cooperative researches on the sciences in China, traditional medicine, connected to the CNRS (French National Center of Scientific Research, Paris).

Senior lecturer and dean of study at the European School of Acupuncture (Ecole Européenne d’Acupuncture)
Guest teacher in several medical school in France for the Acupuncture Inter-university Diploma.
Guest teacher in various schools and institutes in Europe, North and South America, Israël.
Member of the French Association of Chinese Studies and other associations related to Chinese and Chinese medicine study.

For a complete bibliography, see : elisabeth-rochat.com/bibliographie.html

and for a bibliography in English only : elisabeth-rochat.com/bibliography.html