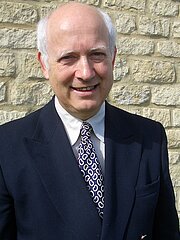 Michael McIntyre is Chairman of the European Herbal and Traditional Medicine Practitioners Association (EHTPA) and a former President of the National Institute of Medical Herbalists.

Following qualification as a Western Herbalist in 1980, Michael studied Chinese Medicine at Nanjing University in China in 1982 and again in 1987. Michael is a Doctor of Middlesex University where he is also a visiting Professor and a Fellow of the Register of Chinese Herbal Medicine. He is also a member of the British Acupuncture Council and a Fellow of the Prince of Wales Foundation for Integrated Health.